Chief Advisor to the President 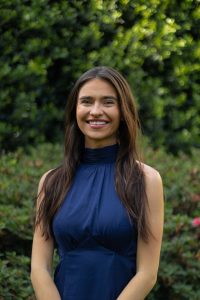 Meghan Haran is a junior from Orland Park, Illinois majoring in International Studies and minoring in Russian Language. Since coming to the University of Alabama she has had the opportunity to serve the Student Government Association as a member of The Lobby Board, Director of Communications for the Vice President for External Affairs, and now as Chief Administrative Officer. Outside of SGA, she currently serves as the President of Zeta Tau Alpha and is a member of multiple honor societies including The Order of Omega and Cardinal Key. Meghan is incredibly excited to take on the position of Chief Administrative Officer and to work with the rest of the 111th Administration to continue the legacy of “students serving students” within this role! 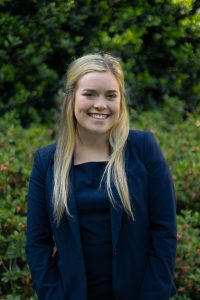 Claire Dubreuil is a senior from Covington, Louisiana majoring in public relations and marketing. She first joined SGA as a freshman when she served on First Year Council. She has since served as the Assistant Director of First Year Council and the Chief Advisor to the Executive Vice President before assuming the role of Director of Communications. Outside of SGA, Claire serves as an Account Executive at Capstone Agency and the President of the Public Relations Student Society of America. Claire is excited to spend another year with SGA and looks forward to promoting all of the organization’s initiatives and events. 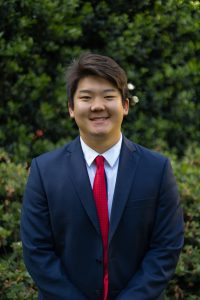 Eric is a junior from Montgomery, Alabama majoring in Finance and minoring in Real Estate. Previously, Eric worked on campaign teams and served as the Chief Administrative Officer to the VP of Financial Affairs. He also serves as Chapter Historian for the Phi Gamma Delta Theta Chapter. Eric is excited to work with Madeline and her cabinet to serve the students for the 2022-2023 school year! 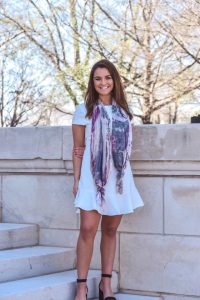 Carrye Ann Rainer is a senior from Tuscaloosa, Alabama majoring in Political Science and minoring in English and Criminal Justice on the Pre-Law track. She previously served in the Student Government Association as Chief of Staff for the Vice President of Academic Affairs. Outside of SGA, Carrye Ann is currently serving as Assistant Director of Greek Strong Task Force, and Secretary of Rho Lambda. She is also a member of Alpha Delta Pi, Mortar Board, Blue Key, Omicron Delta Kappa, Order of Omega, Order of Alpha, and the Pre-Law Student Association. Carrye Ann is thrilled to serve the Martin Administration and student body during her time as Director of Engagement! 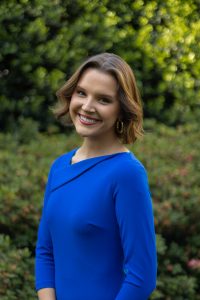 Director of Programming and Advancement

Emily Kinsey is a junior from Richmond, Virginia majoring in Communication Studies and minoring in Political Science on the Pre-Law track. Previously, she served in Student Government Association as Director of Engagement for the Vice President for External Affairs. Outside of SGA, Emily serves as the Affiliate Chairwoman for Phi Mu and Co-Captain for Bama Dream Team, a collegiate branch of the non-profit Dream on 3. Emily is eager to get to work with the rest of the Martin Administration to support and grow UA’s students, campus, and community to its fullest potential! 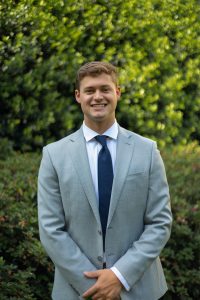 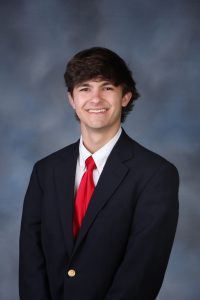 Director of IT and Webmaster 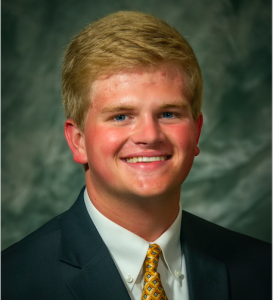 David Strickland is a senior from Huntsville, Alabama studying Biology on the pre-medical track. He has previously served the Student Government Association as a First Year Councilor during his freshman year and as an Associate Justice during sophomore and junior years. Outside of SGA, he is a member of the STEM Path to MBA Program, conducts research as a Randall Research Scholar, serves as President of Alpha Tau Omega Fraternity, and volunteers weekly at DCH Regional Medical Center. David is excited to take on the role of Attorney General and looks forward to serving the student body in this capacity! 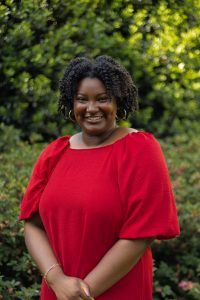 Trinity Hunter is a senior from Montgomery, Alabama studying public relations and political science. Entering her fourth year in the Student Government Association, she has previously served as Secretary of First Year Council, Deputy Chief of Staff, and Chief Administrative Officer. Beyond her involvement in SGA, Trinity is Chairperson of the Blackburn Institute, Director of Communications for Not On My Campus, Writing Team Member of the Advisory Council on Wellness, and a writer for Her Campus at Alabama, as well as being the former Diversity, Equity & Inclusion Officer of her sorority, Chi Omega. Trinity is honored to serve as Press Secretary under President Martin and her administration, and she is excited to continue strengthening relationships between SGA and the wider campus community! 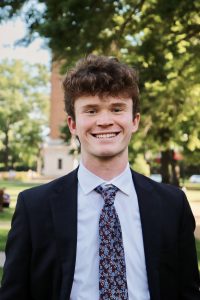 Caleb is a senior here at the University of Alabama with a Major in Public Health and Minors in Spanish and Public Policy Studies. After serving as a member of First Year Council, he began his time on the Student Judiciary as an Associate Justice before transitioning to the role of Counselor to the Chief Justice during his junior year. Caleb is thrilled to continue serving the student body as the Chief Justice of the Student Government Association and cannot wait to work with everyone in SGA on all of the exciting projects coming this year. 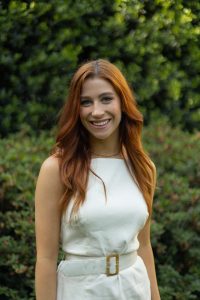 Ciara is a senior from Little Rock, Arkansas double majoring in Political Science and International Studies on the Pre-Law track. She has previously served in SGA as a First Year Councilor. Outside of SGA, she currently serves as the chair of the Advisory Council on Wellness, the Vice President of Tide Against Trafficking, and the executive director of advocacy initiative Unite to Fight Poverty. Ciara is excited to serve the Martin Administration and the student body during her time as Director of Strategic Initiatives! 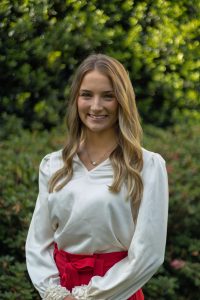 Mary Elizabeth is a senior from Erie, Pennsylvania studying communication studies with a double minor in sales and real estate. Previously, she served The Student Government Association as Chief of Staff for the Vice President of Student Affairs. Outside of SGA, she serves Rho Lambda Honor Society as Vice President and last year, served Cardinal Key as Historian. During her sophomore and junior year, she served the Delta Gamma Beta Psi chapter as Vice President Panhellenic. She is also a member of Order of Omega and Order of Alpha. Mary Elizabeth is eager to work on the Martin Administration this year and looks forward to the opportunity to serve the UA student body. 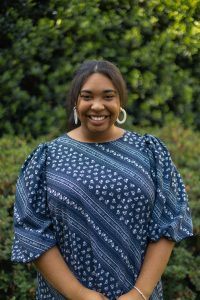 Reina Parker is a senior from Colorado Springs, Colorado majoring in Human Resource Management with minors in Service Marketing and Management Communications. She has previously served the Student Government Association as Director of Poverty Relations, Chief of Staff for the Vice President of External Affairs, and now as Deputy Chief of Staff. In addition to her work in SGA, Reina serves as the President of UA’s Society for Human Resource Management (SHRM) and Ritual Chair for Alpha Gamma Delta. Reina is excited to work alongside the Martin Administration and create positive change. 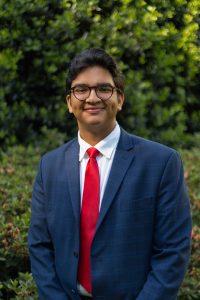