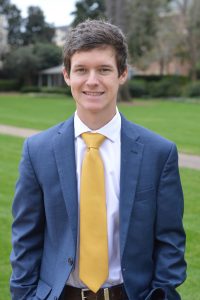 Sam Rickert is a senior from Louisville, KY. He is majoring in Political Science Minoring in Economics and General Business. He is excited to serve as Executive Vice President. He hopes to implement new initiatives on campus but more importantly improve existing resources on campus. If you ever have any questions/ideas about SGA or UA in general please do not hesitate to stop by the office! 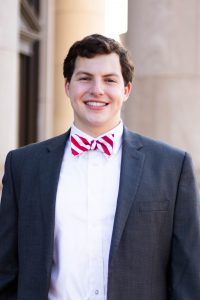 Jack Steinmetz is a junior from Birmingham, Alabama studying Mechanical Engineering on the STEM Path to the MBA. He has served in SGA since his freshman year as a First Year Councilor, and more recently as a Senator for the College of Engineering. In both roles, Jack implemented legislation and events to better student life at UA. Outside of SGA, Jack is a member of Capstone Men and Women as well as the University Fellows Experience. Jack is excited to serve his peers in his new role as Vice President for Student Affairs. He hopes to enhance your daily experiences on our campus and enjoys hearing new ideas from the student body! 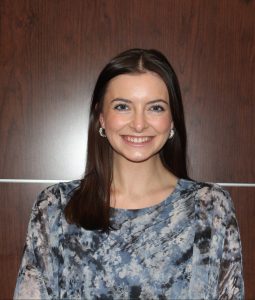 Amanda Allen is a junior from Park City, Utah studying Marketing with a double minor in Sales and Management. Through her time as a Culverhouse College of Business Senator and Academic Affairs Committee Chairman sophomore year, she implemented numerous pieces of legislation to enhance the student experience at UA. This, coupled with participation in First Year Council as a freshman, fueled her passion for student government and drove her to further enact positive change on campus. Amanda’s involvement also includes Culverhouse College of Business Ambassadors, Not On My Campus executive board, and Chi Omega Nu Beta. She is eager to continue service through her role to facilitate academic excellence on UA’s campus. 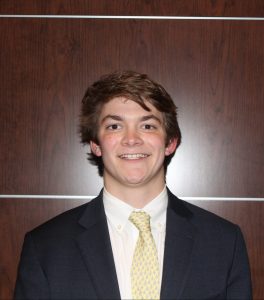 Sullivan Irvine is a junior from Mobile, Alabama studying Finance and Accounting and is also on the pre-med track. Through his time as a senator for the Culverhouse college of business, he implemented a myriad of legislation to improve students well-being here on campus. Sullivan is also involved in campus through Culverhouse Ambassadors, Culverhouse Men in Business, and Sigma Nu. Sullivan is excited to serve the University of Alabama in any and all ways possible during the duration of his term. 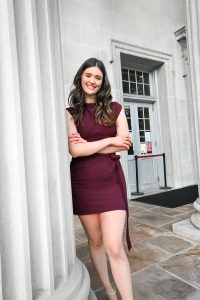 Madeline Martin is a junior from Hoover, Alabama majoring in communication studies and political science with a minor in public policy on the pre-law track. She has previously served as a Councilor of SGA’s First Year Council and a Senator for the College of Communication Information & Sciences. In addition to her responsibilities with SGA, Madeline serves as the Vice President of UA League of Women Voters, Assistant Director of Account Management of Capstone Agency, and Foundation Ambassador of Chi Omega Nu Beta. She plans to maintain and strengthen the Capstone bridge between campus and the Tuscaloosa area. Madeline looks forward to talking with you and hearing your ideas to broaden the beneficial influence of service by The University of Alabama’s historic partnership with our community. Feel free to reach out anytime and stop by the SGA office! 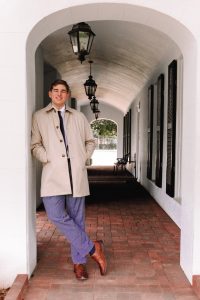 Colin Marcum is a junior from Andalusia, AL majoring in Operations Management and minoring in Political Science with the intention of attending law school after obtaining his undergraduate degree. He has previously served as a member of the Student Government Association’s Lobby Board. This past year Colin served as a senator within the Culverhouse College of Commerce. Additionally, he serves as the Diversity, Equity, and Inclusion Chair of Theta Chi Fraternity and serves on the executive board for The Student Alumni Ambassadors. Colin looks forward to his new role within the Executive Council and is eager to incite positive change both on campus and within the surrounding Tuscaloosa Community. 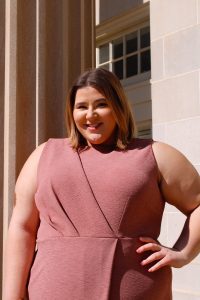 Lauren Gilonske is a Political Science major with a minor in Global and Cultural Studies and International Studies from Mahomet, IL. She has served the Student Government Association as the Director of Women and Gender Resources under the DEI Cabinet, a member of the SAFE Center committee under the External Affairs Cabinet, and the Chief of Staff of the Diversity, Equity, and Inclusion Cabinet. Through her experiences in SGA and externally, Lauren has developed an immense passion for DEI work and is extremely excited to continue to serve UA. More of her extracurriculars include College of Arts and Sciences Ambassadors, UA Acabellas, and the Alabama Panhellenic Association where Lauren serves as the Director of Community Development. 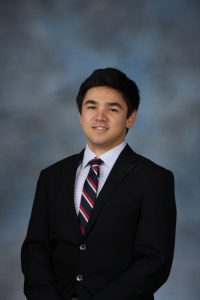 Nathan Yamaguchi, senior, is from Wilmette, IL outside of Chicago. He is a former Deputy Chief of Staff under the Joiner Administration and has a passion for bettering the university through its students by enhancing available resources and promoting excellence in student organizations. Intrigued with problem solving from a young age, Nathan is studying mechanical engineering with a minor in mathematics, and he brings a logistical approach to many initiatives that come to realization in the SGA. In addition to student-led government, Nathan is involved with the social fraternity Sigma Tau Gamma where he serves as the Chapter President. He is also a member of UA Club Tennis and the UA Chess Club. On the weekends you can find Nathan with friends where he enjoys playing music as a hobbyist DJ.