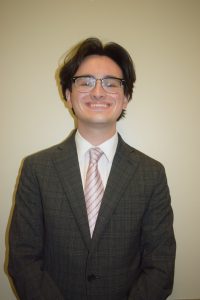 Hey folks, I’m Justin McCleskey and I’m excited to announce my campaign for graduate senate. As a current master’s student in public administration, I want to serve the UA community that made my undergraduate experience great. I have previous experience as the Honors College Treasurer and as an advocate for transparent SGA practices that I believe can contribute to a more representative SGA. My campaign focuses on three major themes:

(1) Graduate Representation- While the current SGA system allows graduate involvement, there is a disconnect between graduate students and spa that reduces representation. I have worked in the MPA department to grow SGA participation and will collaborate with other organizations to emphasize graduate issues like funding and assistantships.

If you have any questions or want to reach out, feel free to contact me at jbmccleskey@crimson.ua.edu. Thanks! 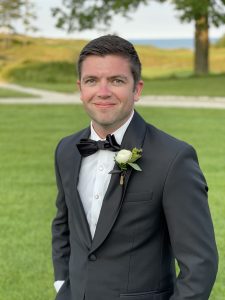 I am Harrison Powell and am currently pursuing a Master of Science in Mechanical Engineering. I am choosing to run for SGA Senate to represent my fellow graduate students within The Student Government Association at The University of Alabama. Within SGA, I was a member of FYC my freshman year and Director of Programming my junior year. In addition, I am a student employee at The Office of Innovation and Commercialization and was part of The Crimson Entrepreneurship Academy 2020 Cohort. From my diverse campus experiences I believe I would be a strong candidate to write and pass legislation improving the experience for The University of Alabama’s Graduate Students. 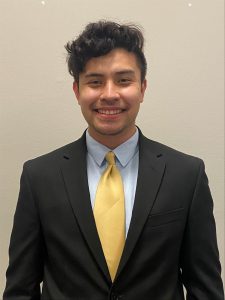 To the Graduate Student Body of The University of Alabama

My name is Aaron Wilkes, and I am running for SGA as a Senator for the Graduate School. My collective undergraduate and graduate experience as a minority student here has opened my eyes not only to the progress we have made as a school in terms of diversity, equity, and inclusion but also given me hope for the future of such ideals. My collective five years here at the Capstone has shown me the beauty of uniting and standing up from minority groups. There are a few goals I strive towards as Senator of the Graduate School.

Let’s stand together and walk towards a better future, where we as graduate student workers have collective bargaining agreements and graduate students have equal representation within student organizations, where we are able to host tabling events for our respective programs. 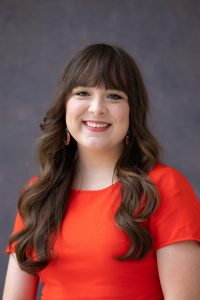 Dalis is a PhD student in the Department of Political Science, an avid lover of first ladies, and an amateur fashionista. She is a returning student for the Blackburn Institute, a group of students who value a diversity of opinion, being called to action, networking through the generations, and instilling a lifetime commitment. These values also guide her approach to her campus involvement here at the University of Alabama and why she has decided to run for the open Graduate Student Senate seat. In addition, she is also the Executive Secretary of the Graduate Student Association and the Vice President of the Political Science Graduate Student Association, organizations that are both focused on improving the graduate student experience at the University of Alabama and fostering connection between students at all levels of their graduate career, across areas of study. In her decision to run for the open Senate seat, she will be taking into consideration the concerns and suggestions that she has heard students profess during her time on the GSA Executive Council; she will additionally use her direct line to GSA to bring future concerns and suggestions to the attention of SGA and to better connect SGA and GSA as governing bodies for the campus populations. It can feel like the graduate population is separated from the undergraduate population, but that is not the way that it has to be. Through the Blackburn Institute, she has already been networking with students at the undergraduate level, and she additionally does so each week when she teaches Political Science 101, where she teaches undergraduate students that she cares about in the same way she cares about graduate students. She wants to use all of her pre-existing involvement on campus in conjunction with a hopeful future involvement in SGA to continue to improve the lives of graduate and undergraduate students at the University of Alabama, in particular graduate students because we are a growing population on campus composed of individuals who are learning, working, and even teaching at this university.

Questions may be directed to sgaelections@sa.ua.edu.